Submited by Admin in Reviews 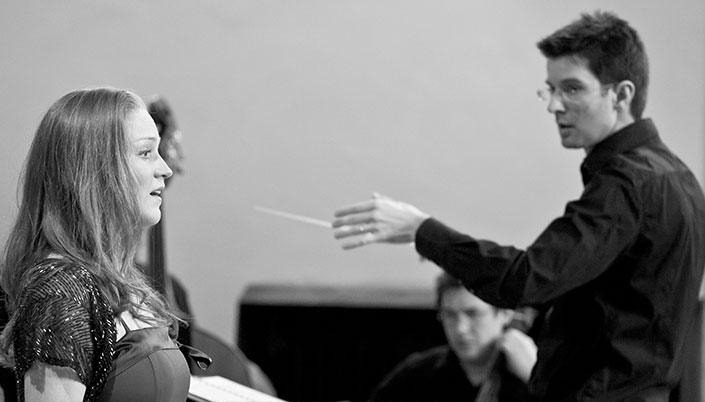 I think the Auricle Ensemble is onto an artistic goldmine. Towards 10 o'clock on Monday night I bumped into a composer, a man who, coincidentally, was a teacher of mine in the late sixties. He raved about what we had just heard at the West End Festival in Oran Mor. And so, from a different perspective, did I.

The arrangements of three masterpieces the Auricle Ensemble had just played, Debussy's Prelude a l'apres-midi d'un faune, Mahler's Songs of a Travelling Wayfarer and the same composer's Fourth Symphony, were made when times were hard for composers and performances difficult to secure.

But these arrangements, revelatory in a splendid set of performances by the Auricle Ensemble, were no commonplace re- workings of scores for practical purposes: these were arrangements of stupendous craftsmanship and genius.

And it’s not just that all the detail was there in the reduction of great orchestral scores for small ensembles. The colour, moods, spirit and the soul of the pieces suffused these miniaturisations. It was all there, with the notable and unavoidable sacrifice of the warmth and breadth of tone that a full string section, as opposed to one of each would bring. The performances, well-paced and clearly conducted by Christopher Swaffer, featured gorgeous singing from Una McMahon, richly at ease in near-mezzo territory, and compelling, characterful playing from the ensemble, led by violinist Sophie Lang from the RSNO, with ravishing playing from violist and cellist.

All three performances threw new light on these most familiar of masterpieces. Other groups are tinkering with this stuff; the Auricles are going at it big time. Do watch out for them